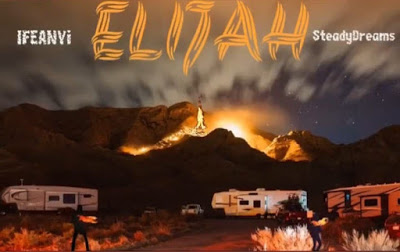 IFEANYI the Nigerian born US based gospel artist started singing at a very young age of seven. He relocated to the United States as a young adult where his love for music only grew more leading him to take music classes to improve his skills in middle school.

As a teenager, Ifeanyi become famous in the local community first using his Xbox headset, and turning it into a microphone and converting that into a music studio, this fascinated everyone in the neighborhood and everyone knew he was a star in the making.

Graduating high school, he went to work with a church media department, serving in the choir and also as the sound engineer.
Ifeanyi learnt from the best in music and started taking advantage of the opportunities that presented itself.  He has been treated influenced and imparted by great gospel artists like grammy nominated Tye Tribett, Marvin Sapp and Darwin Hobbs.

ABOUT THE SONG “ELIJAH”

In this new season of power and grace, IFEANYI steps out to declare the counsel of Jehovah.

The anointed voice of IFEANYI will captivate your heart with the both beautiful heavenly melodies and a message of faith.

The song Elijah was written and directly given from the Lord after studying about the Fire of God, how it is the DNA and language of God.

Elijah was a custodian of fire, his capability to call down fire from heaven vividly captured the relationship he had with his father. (GOD)

I wanted to make a song that The people can relate to from the rhythm, to the lyrics, to the music mixing and production.

This song was made to release the Holy Ghost Fire on anyone that listens and connects with their spirit.

MUSIC : Dj Jayfresh Ft. Omega – I Have A Victory Mixtape