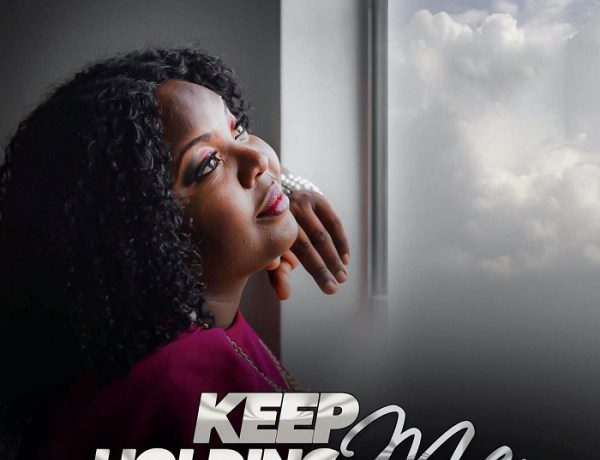 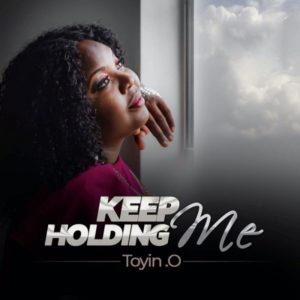 Speaking on the Song Toyin .O had this to say,

“Keep Holding me is a song of Prayer If you Look around with all that is going on now, you will agree that it is a timely song. I want the person listening to this song to move from fear, doubt and unbelieve to trusting God and asking Him to Help,Keep and Hold them. I bless the Lord for this song and I pray it bless you also so much. God bless you.”

Toyin Obilana also Known as Toyin.O is an American based Worship Leader, Book Author and Philanthropist.She has a non-profit organization called Mary O Foundation, where they feed the homeless and shares the word of God.

She has shared stage with international recording Gospel artist like Dare David, Victoria Orenze, Faluphalu and many more.

She has received numerous awards for her contribution in the Body of Christ and impact in the society like “Community& Impact Makers Award (CODIMA 2016), Golden Star award by God’s Generation. She is one of the pioneer of NDTV NETWORK ( an online TV Station broadcasting the word of God and songs all over the World)

Toyin Obilana has 2 Albums and many singles. Her latest Album is titled “You Are God” The Album is full of anointed worship songs like ” the music video of “Emi Mimo ft Dare David”).

Toyin Obilana launched the Album “You Are GOD” in 2016. She has released many trending singles like “You’re Worthy Lord”, “Blessed”, “Teach me 2 love ft FaluFalu” Greatest Gift” (a Christmas song), Also featured in songs like My Life, A Testimony With DAmmy G. She is the author of “Wonderful Romantic Ideas” (Amazon). Toyin Loves God and She is very passionate about Her calling.Toyin Obilana has a Bachelors in Business Administration, She is the CEO of Designs by Tu – a graphic design company.