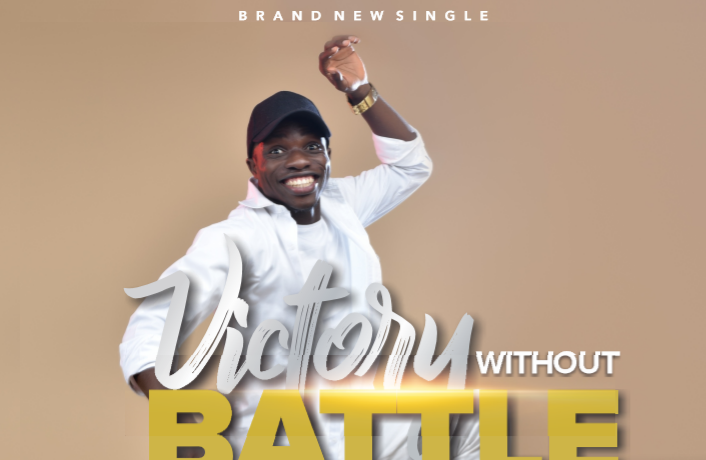 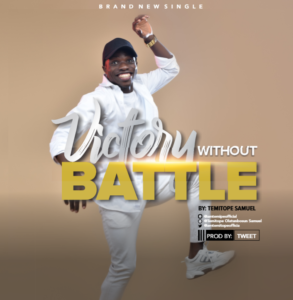 Here comes yet another spirit-lifting sound from the Kingdom of the Father who is the orchestrator of Victory, The Lord Most High!Temitope Samuel comes with yet another storming single titled: Victory without Battles” produced by TWEET
The Holy Spirit dropped in my heart the word ” Victory without Battle”. I had a strong conviction to know what it really means because I was wondering if there was any Victory without a battle. But He told me there’s another Victory obtained without a fight, where the Victor does not need to fight before He Conquers.
However, We know there’s a battle, but we didn’t fight before we became Victors.Jehosaphat and the People of Israel knew there was a battle, they even saw it, but they didn’t fight, and yet they got their Victory over their allies. Therefore, Sometimes, God fights our battles for Us without our knowing, and all we see is the finished battle where Victory comes to place in our lives. Brethren, Rejoice now for God fights your battles for you and gives you the Victory without stress, all you just need to do is Trust and Believe him at all times, and you see how beautiful Victory comes to place in your life.